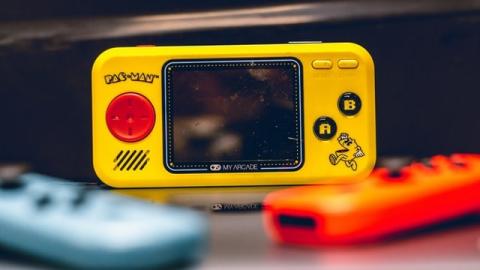 There are games and then there are legendary games. Pokémon Go is a classic example of a legendary game that has had people hooked for hours on end. So this begs the question, are there any other games that are similar to Pokémon Go? Since the sensational game has been launched, many people would like to enjoy games that have the same ideas, concepts and are more connected to them.

The best games similar to Pokémon Go focus on getting you out into the world while having a whole load of fun doin it. And now there are multiple games sharing similarities to this legend of a game. Here is a list of games much like Pokémon Go for you to enjoy.

This is Niantic’s first GPS game and a reboot of Ingress. It shares the common theme of coming from a reality game and that there is even a ‘secret world' that happens to be cloaked right in front of our eyes. There are a variety of hotspots to visit, and also has a smooth interface that is quite a bit flashier for you to enjoy. Just keep in mind this game swallows up data, so it is not recommended if you have limited amounts.

This practically is in the age where GPS were actually only used in forests but not in our phones. This is a very easy but straightforward game that allows you to head to a GPS location and discover the hidden package inside first.  The geocache is always hidden by that of another player, and others even enjoy setting up puzzles for others to solve. This allows you to actually tour the area, and start to have a greater appreciation for your surroundings. Be sure not wander into any dangerous areas, and chances are in order to find a lot of the caches, you will need to purchase a subscription.

Taking a peak into the past through your digital phone is what makes this game so immensely popular. What better way to see a greater version of reality than seeing a great T-Rex actually trampling through your area? You can explore the world and collect the DNA of the dinosaur in order to create a variety of dino squads in which to battle with other players against.

Whether you know it from the games of Netflix series, this mobile game is an amazing combat version of the Elder Scrolls. WIth the choices of blades, exploring a brand new world and have a lot of options in the making of bombs, potions and signs - this game on the mobile is bound to keep you entertained for hours on end.

The Walking Dead: Our World

If you want to live through a zombie apocalypse without having to risk your life, then this is the way to go. This game can turn your area into a virtual landscape of what you know to be post-apocalyptic. You don’t have to leave your home, as you can focus on building your safe houses. However, if you want to take on some of the walking dead, you will have to make your way to the streets to kill them.

Created by the producers of the Talking Pet, this game allows you to take care of your newfound pet dragon. You are able to see the dragon in your environment, which really adds to the reality of the game - similar to that of pokémon. You will also have to play with it, train it and feed it.

Although it has a thick storyline, this is definitely a game to consider trying out if you are a major Pokémon fan.  You are assigned to defend the world against an alien invasion which is virtually happens all around you, and you can decide on a variety of different strategies including both offensive as well as defensive.

Sharing a lot of similarities, it is up to you to tackle and get rid of the ghosts. If you are a fna of the ghostbusters as well, all the better! The game had actually been developed by the moviemakers themselves allowing the specific crossover elements that has turned the movie all the more closer to reality. You can team up with other players or go at busting ghosts on your own. This is entirely up to you.

If you prefer a simpler game and RPG, then Orna is the one to go for. You will have a lot of fun walking around, as you have to move around all in the real world in order to collect all the different kinds of tools as well as armor. This game can also be multiplayer, as RPG players can actually help each other out in order to survive and level up the journey that they are in.

There you have it! A wide range of games dedicated to turning a real life world into a virtual beauty. Whether it be running with the dinos or running from the zombies, the virtual world beckons you to go and enjoy it. This gives you a great excuse to spend some time outside, get to know the real world while diving into the virtual one -making it both fun and enjoyable. Remember to stay safe while wandering outside, and remember, adventure waits for no one! So if you are keen on starting any of these games, don’t hesitate and try them out today!